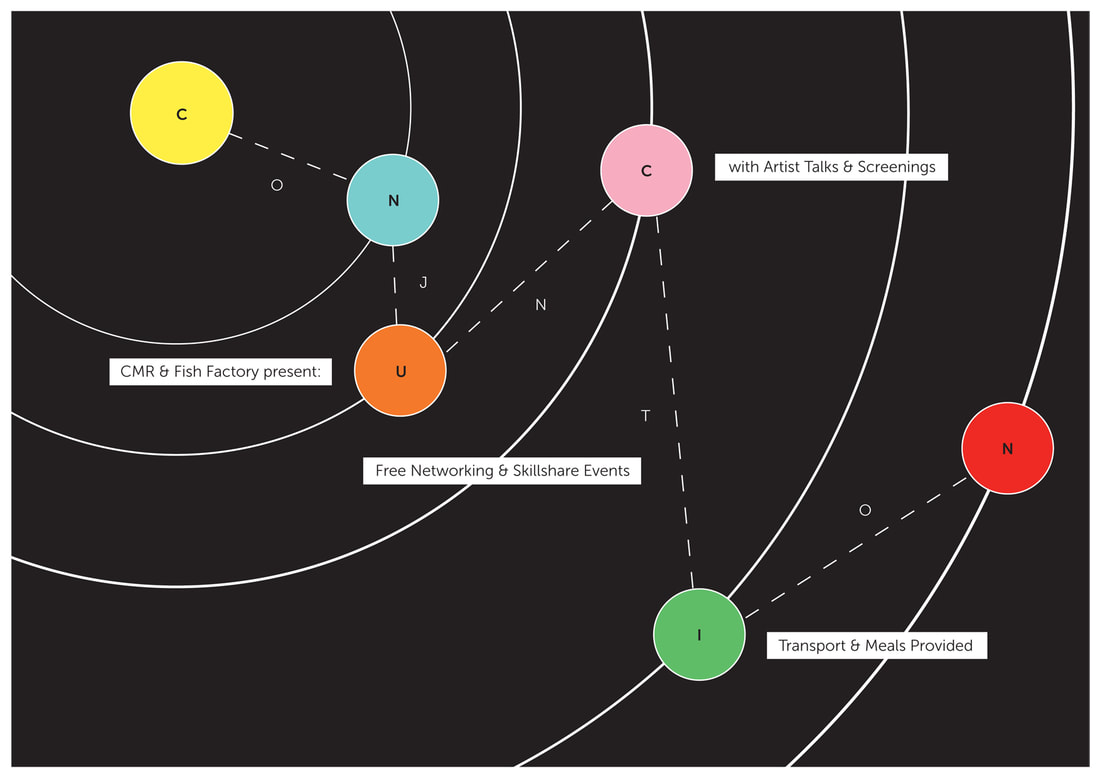 The day will begin at 11am at The Fish Factory with introductions, a tour of our darkroom and studio and a demonstration of our 16mm Steenbeck editor.

This will be followed by a ‘Show and Tell’ where guests are invited to bring in and share with the group examples of analogue film equipment, obscure film formats or old films and share their experiences.

There will be a break for a free networking lunch with further opportunity for discussion.

After lunch there will a 16mm found footage ‘scratch and paint’ workshop with Stuart Robinson drawing on, scratching into and manipulating sections of 16mm films before being spliced together to form a collaborative experimental film which will be screened in the evening at CMR Project Space.

Local Artist Stacey Guthrie will screen some of her film work shot using super 8 film and home processed and discuss her experiences working with film in her creative practice.

The day will continue with a discussion and short screenings from Michael Eddy of his experiences working with and processing 16mm film, working with Mark Jenkin on the 16mm feature Bait Film and his own artistic practice.

The event continues with free transport from Penryn at 4.30pm to CMR, Redruth for screenings, performance lecture and free food.
At 5pm the evening will continue with a 16mm performance lecture by artist Marcy Saude, plus a screening of her new film Catherine, followed by dinner by Achar Street Food and ending with film screenings by the following artists selected by Marcy:

Gene Bernovsky, A. Charles DiJulio & Frew Worden
Monica Saviron
Sarah Jane Biagini
Greta Snider
Shambavi Kaul
Roger Beebe
Nan Wang
Marcy da Silva Saude’s work in moving image addresses subjects including marginal histories, the landscape, counterculture, radical politics, and text(s), and has been presented in film festivals, galleries, and artist-run project spaces internationally. She is a member of BEEF  (Bristol Experimental and Expanded Film) and the Filmwerkplaats collective analogue film lab in Rotterdam, the Netherlands. A Portuguese national raised in California, she currently works in Plymouth, UK.
​
Conjunction is a series of regular artist networking events as a collaboration between Fish Factory and CMR, with skill shares, artist talks, screenings and socials with free dinner and lunch and transport to and from Fish Factory and CMR.

The aim is to bring artists together and see the possibilities with the available resources at both venues and to give people the opportunity to socialise and meet other artists.


Delivered in partnership with Cultivator and supported by the European Regional Development Fund, Arts Council England and Cornwall Council 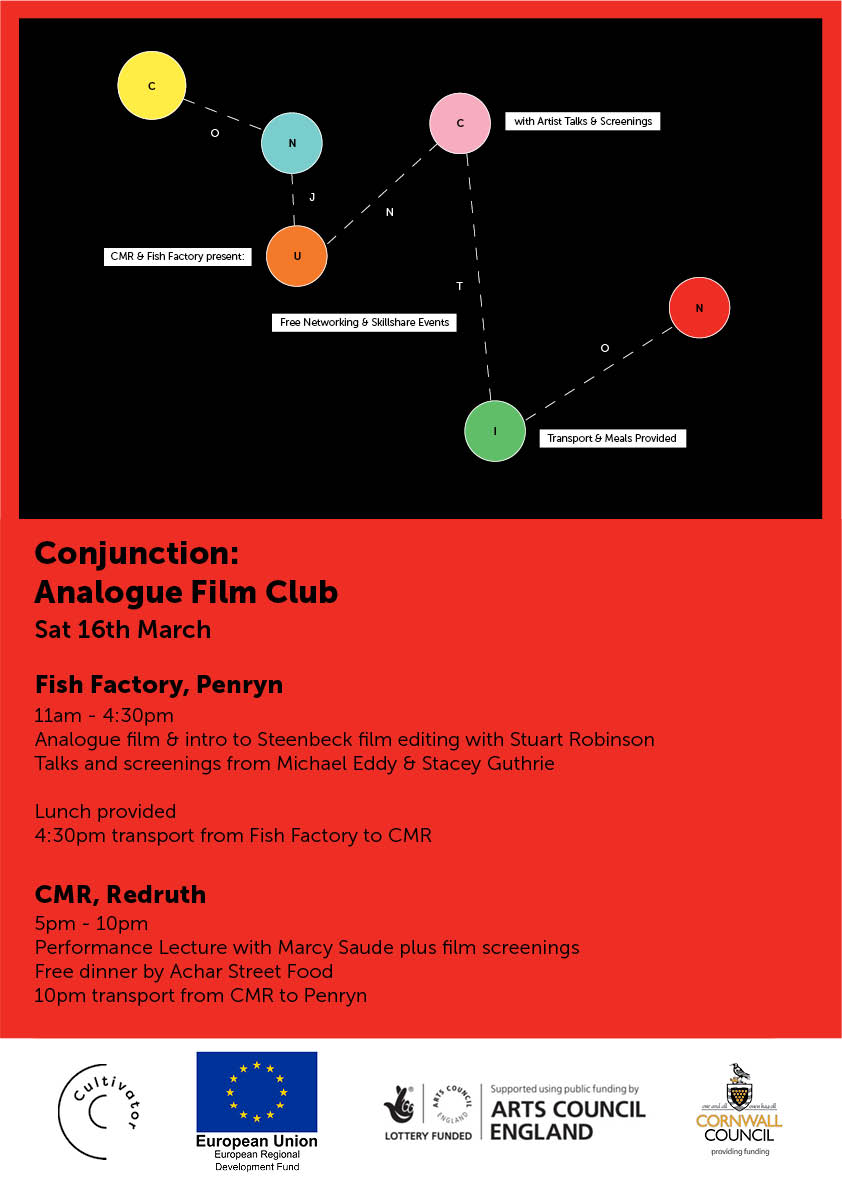